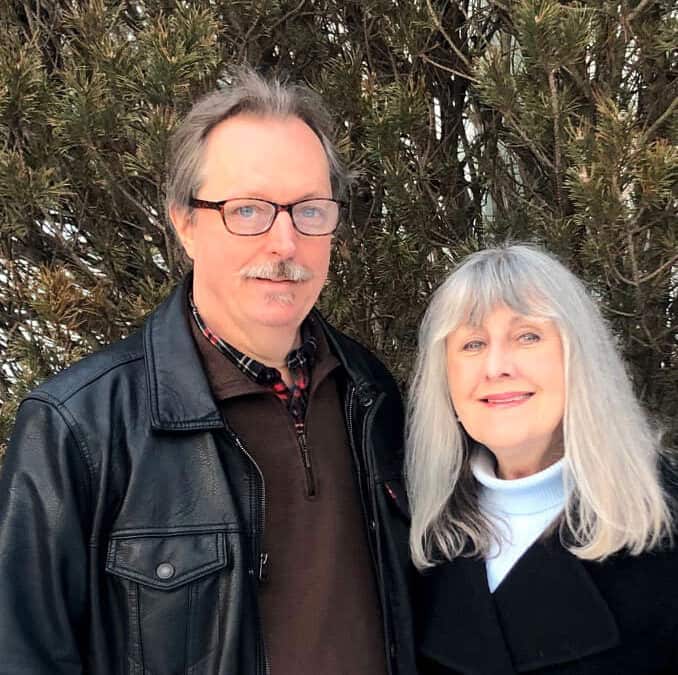 Bill Reinhold is a 1982 graduate of the American Academy of Art in downtown Chicago and has been a professional Comic Book Artist since 1981. Over his long career he’s worked for Noble Comics, First Comics, Marvel Comics, DC comics and others. He’s best known as an artist drawing such characters as The Badger, The Punisher, Silver Surfer, Batman, Magnus Robot Fighter, and most recently Van Helsing vs. Jack the Ripper T2 for Soleil Productions.  Often his work has been colored by his wife Linda Lessmann Reinhold. As a comic book inker he’s enjoyed working with many fine artists on titles Earth X, The Punisher, The Amazing Spider-Man, Daredevil, Wolverine, The Hulk, Batman,  Convergence: Green Lantern/Parallax, and more.  Bill is currently illustrating the graphic novel “The Flying Column” by Carl Potts.

Linda Lessmann Reinhold graduated with a BFA from Stephens College in Columbia, MO in 1970. She worked in the Marvel Comics offices in the early 1970’s as staff colorist where she colored Amazing Spider-man, Fantastic Four, Daredevil, Man-Thing, and many other titles. Later in 1974 she partnered with Barry Windsor-Smith to form The Gorblimey Press. In 1984 she started work at First Comics coloring American Flagg, Grimjack, The Badger, Corum and more. Later, along with her husband Bill Reinhold she returned to Marvel as a colorist on The Punisher, Barbie, and the Silver Surfer. Today she often assists Bill on various comic projects. More information can be found at http://billreinhold.com/ or you can follow her at https://www.facebook.com/LindaLessmannReinhold