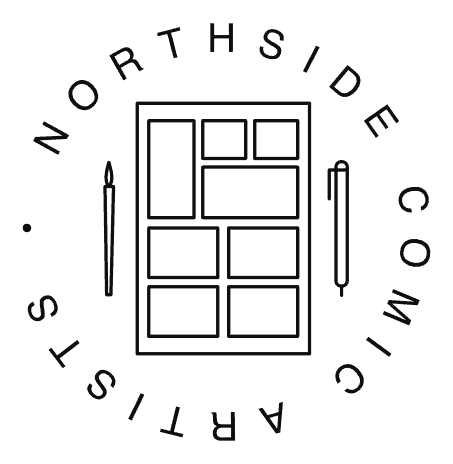 Northside comic artists is a group of comic artists founded in January 2015. The group started as a weekly drawing meetup but has since grown to include over 100 artists, weekly drink and draws, comic-related discussions, and group projects.

Ed is a sometimes artist, occasional writer, and once-in-a-while comic creator. He founded Northside Comic Artists hoping to increase his comic production. His comic production has since decreased, but his heart has grown two sizes